Matt Paknis ‘84, Is combating bullying, the quiet epidemic in organizations around the world

In the summer of 2017, Matt Paknis, ’84, compiled and circulated a manuscript with cases describing how his global clients embrace healthy management practices and thrive.

Within weeks, Post Hill Press contracted with Matt to write, Successful Leaders Aren’t Bullies; How to Stop Abuse at Work and Build Exceptional Organizations. It was released on September 25 and was distributed by Simon & Schuster. 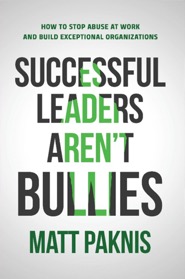 “It was like writing a, “what I did last summer” essay, but based on 27 years of working for, and consulting with, a broad variety of organizations.” Matt helps clients remove obstacles to desired results, processes, and relationships. He also helps identify, select, and transition high potential technical people into leadership roles.

Matt explained to us…

“Collaborating with Barrett Hazeltine, an exceptional role model, on various projects since my undergraduate days is significant.” To contrast surviving from thriving behaviors, Matt also compared his 6 years of college football coaching, his ten years of playing football, and his playing or coaching on 5 championship teams. He was also a manager in financial services and telecommunications companies.  Being president of Delta Tau when it became the first fraternity at Brown to return to campus housing after losing this privilege also sparked his fascination with organizational behavior.

“I pursued a coaching career after graduation because some of my Brown coaches suggested it.  It made sense.” Football influenced him (he was the sole three-year starter on three consecutive, undefeated, NJ high school state championship teams) and was key to Matt transcending childhood setbacks including the illness and death of his young mom.  “I wanted to help players the way I was helped.”

Growing up, Matt experienced a variety of good and bad influencing styles. Shockingly, as an adult, he witnessed similar bad approaches by officials in organizations projecting stellar appearances.  Matt was a former assistant coach at Penn State under Joe Paterno and has spoken publicly about being abused as a child.

Bizarre behaviors, power and control dynamics, bullying, selfishness, narcissism, and all the deceptions of Paterno and his staff soured Matt to college football coaching. It did motivate him to earn an MBA to focus on how healthy team principles impact organizations. He had a great experience coaching football and earning his MBA at the University of Rhode Island (URI).

His consultancy started with clients he met while offering team-building and leadership courses for over ten years at URI’s W. Alton Jones Campus, and from designing and offering an annual fifty-hour Practice of Management Certificate Program with Brown’s extension program. His practice then flourished with referrals. 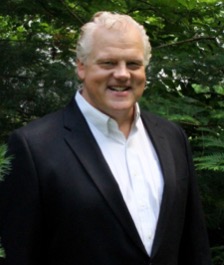 Matt believes bullying, including sexual harassment, is a quiet epidemic in organizations around the world. Victims may not realize they are being bullied, or they may not know where to turn for help and advocacy. In most countries, including the United States, bullying is not against the law; however, in extreme cases, it can be considered assault and battery, and discrimination.  “Bullying seems to be kept secret because people are afraid of the ramifications of dealing with ugly secrets instead of celebrating and addressing the truth. In the memory of my good mom, I want to free the oppressed from their bullies. I hope this book helps.”