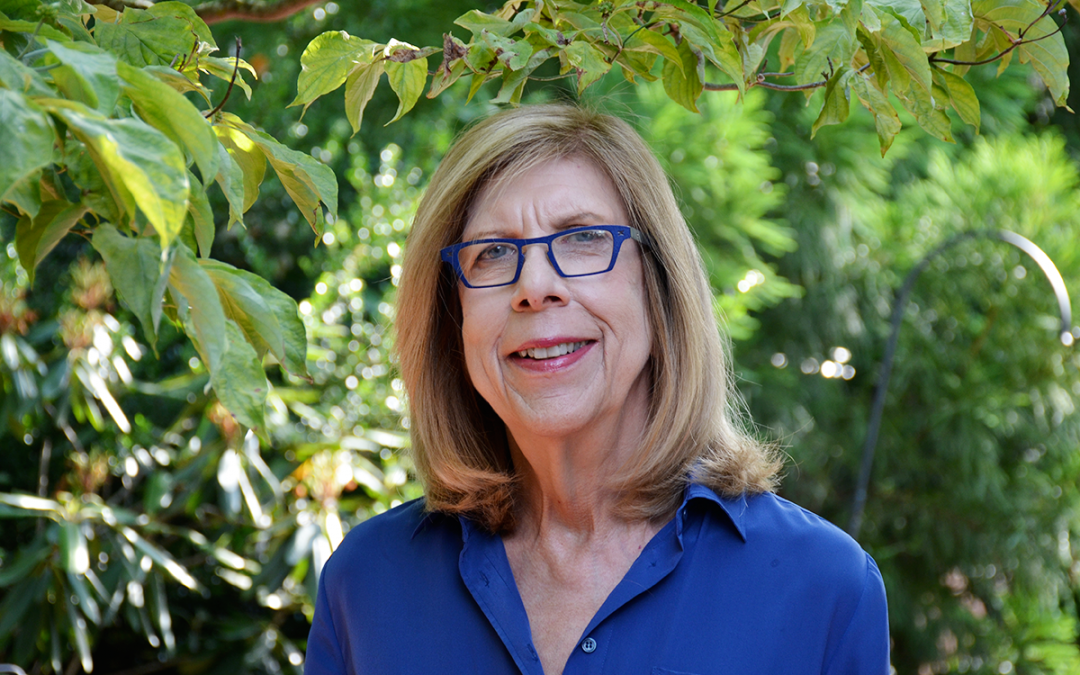 From a student’s perspective, Barbara Tannenbaum is something of a celebrity professor here at Brown. Her course TAPS 0220: “Persuasive Communication” is famously overenrolled each semester; the classroom is flooded with students eager to snag a spot and even the top of the waitlist seems reserved for seniors. It’s not hard to decipher why. As a communication and public speaking consultant, Tannenbaum has coached high-powered executives and officials across all domains (technology companies, judicial bodies, and art museums to name a few) and on six continents. (Antarctica remains elusive.)

With all this in mind, it’s a no-brainer that Tannenbaum has been a recurring guest speaker for our Breakthrough Lab cohorts here at the Nelson Center to provide the fundamentals of efficient communication as a young entrepreneur. Afterward, many members of this summer’s B-Lab cohort named Tannenbaum’s as their favorite, most useful presentation. “Yesterday’s talk with Barbara Tannenbaum: life-changing,” said Ben Gershuny ’21, one B-Lab student. “I’ve heard her name. She’s pretty special and everyone says that, and then you really have to see it and feel it to believe it. She got up there and held your attention like my attention’s never been held before. I’m seeing communication in a whole new light now.”

One of the most striking aspects of Tannenbaum’s guest lecture was her reflection on how various identities can impact an entrepreneur’s public performance and reception. I sat down with her hoping to elaborate on these themes, and discovered that aside from her mastery of everyday communication, Tannenbaum has long been conscientious of how her own identities and society’s reactions to them has shaped her professional work. She’s in the business of perception, presentation, and self-identification. Being anything less than tuned in to the complicated nature of identity politics and dynamics in social settings was never an option.

This interview was conducted in July 2019 and has been condensed and edited for clarity. 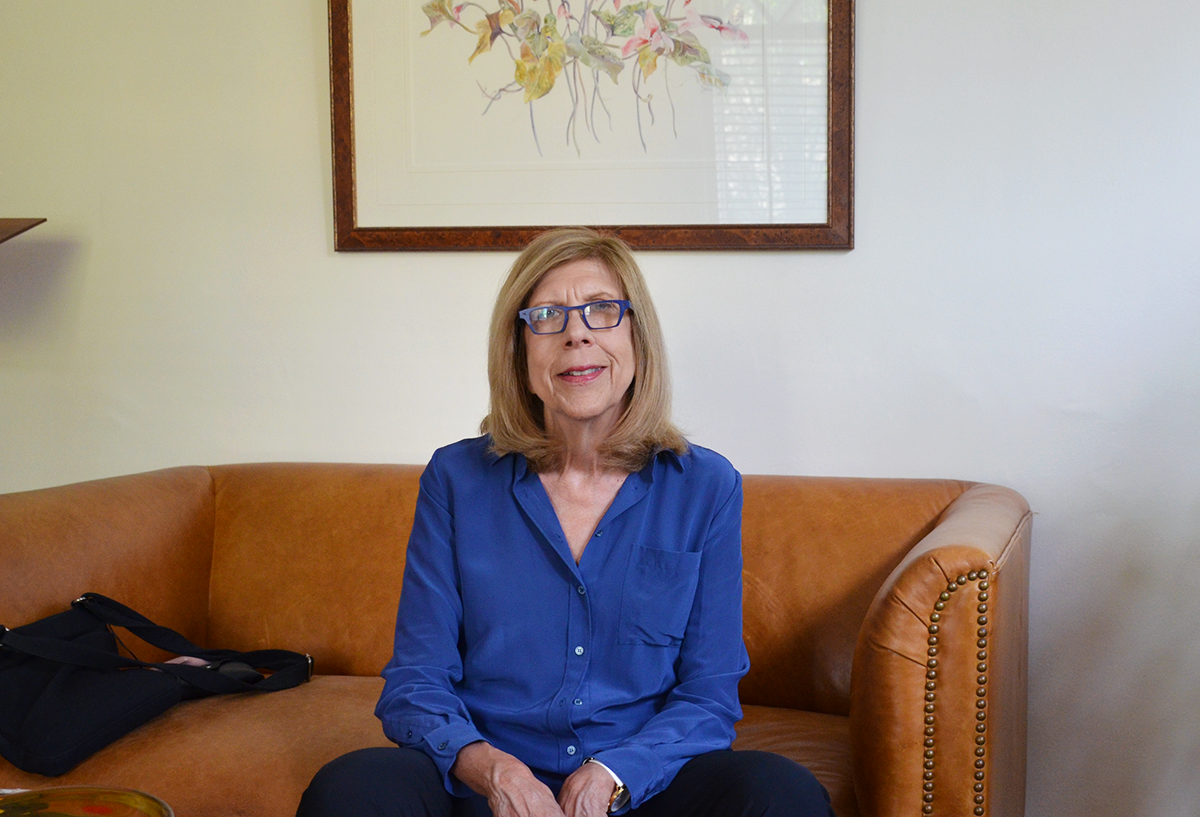 Interviewer: How do you navigate not wanting to seem “too political” in your work?

Tannenbaum: It’s interesting because I did a lecture for a couple of hours [on science communication at URI]. The last question was, “Do you always get so political?” I think she asked a fair question.

There’s no reason to alienate people who could still learn from me. And what I often say in class is, “There’s a difference between compromise and being compromised.” So the metaphor I like to use is: “At what point am I willing to change the key of my song so it’s less shrill and more people can hear it? Versus, at what point am I now singing somebody else’s song?”

You’ve discussed growing up in an environment of activism during the 1960s and 70s. How does that remain with you in your work?

After the civil rights movement, I was involved with the women’s movement. And I began to understand that the same things that had been said about people of color were exactly the same that was said about women. “You’re too angry. You have no sense of humor. You’re too emotional. You need to be more patient. You’re too aggressive.” When I heard the commonality, I realized that there was a power language. And what better way for people in control to stay in control than to have the power language, and when anyone else learns to speak it, to say – “Doesn’t sound so good on you, honey.”

During your presentation to our B-Lab cohort, you described yourself as being a “nice girl in recovery.” Can you elaborate on that?

To be clear, I don’t want people to be less nice. The “nice girl” was just so into pleasing everyone. Most of the time it is great. But sometimes you need to set boundaries, and I think my version of the nice girl had a hard time setting boundaries. Part of that was of course in the delivery: looking down, looking askance, not wanting to be fully present in a number of ways. It can be an abdication of power.

In that vein, you spoke about standing taller, speaking louder, not being afraid to take up space – especially relating to all the physical images of women we’re fed as being small, petite. Would you be willing to delve more into your personal experience with learning to reclaim your space?

I may have mentioned [in B-Lab] that I was adopted by a family who is quite short and don’t look anything like me. My parents said, “Don’t ever tell anyone you’re adopted.” So I wanted to hide difference – I did that sometimes by trying to seem smaller so my difference might be less noticeable… We really didn’t look anything alike. So rather than saying I’m adopted, sometimes I say I was adapted.

I also have always felt that being adopted allows me to better identify with more people because if the next family had picked me up, I’d have a different name and a different so-called heritage and different values, likely. So I’ve often been interested in what’s innate and what’s not. I do think it’s allowed me to be more of a world citizen because you realize how arbitrary a lot of this is – what you’re named, what your heritage is, where you live. It could’ve been easily the next family who took me. Eventually, I came to understand that the world interpreted me as me, not as an extension of my family, and that I was in control of many aspects of their interpretation – including how I take up space.

How does this all tie in specifically for people like our B-Lab cohort – young, college-aged startup founders learning to sell both their work and themselves as a team?

The number one thing is to remember to be audience-centered and make the “what’s in it for me?” explicit. Some startup founders think only about the features they want to get across – “The product can do this and this and this.” Rather than what the audience wants to hear, which has to include the benefits.

I have been involved with some of the startups at Brown. I remember being an early taster for Sir Kensington’s ketchup. We had five bottles in our kitchen of different recipes. And who was Sir Kensington? They made him up! Because they thought if they wanted to charge more for ketchup, they needed to have a higher sounding brand. Of course, there are data that say if you sell a product for too little, you don’t get necessarily the audience you want. So part of our appeal to any audience has to include the specific ways we use words and language to convey our value.