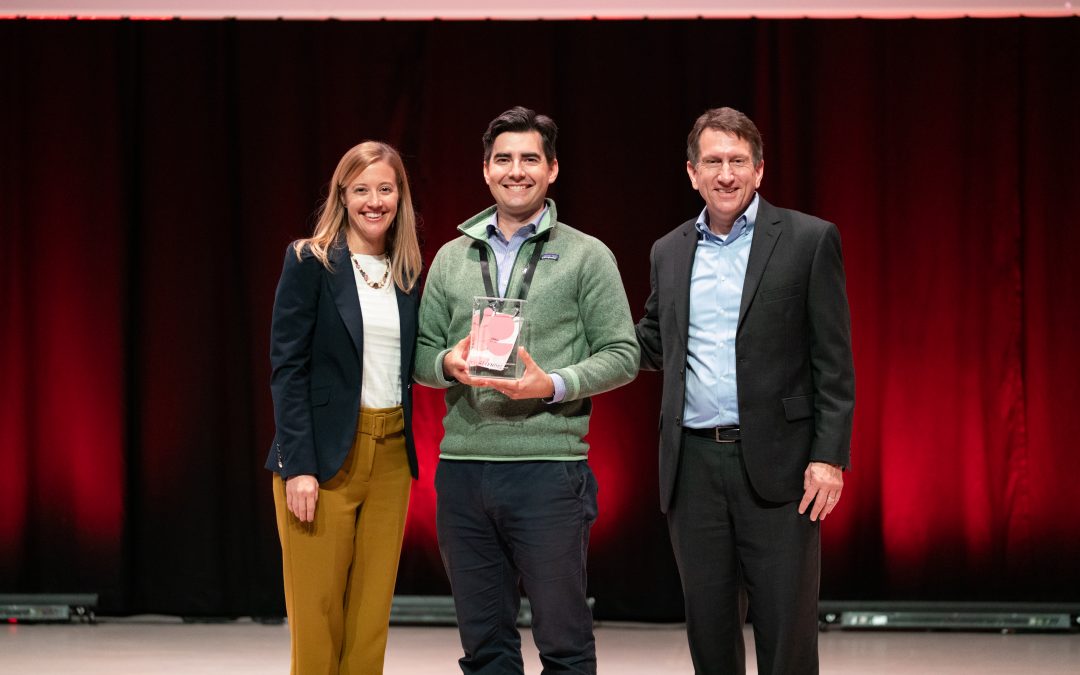 GCEC recognizes top university programs in entrepreneurship across eight categories, including Outstanding Emerging Entrepreneurship Center, which honors an entrepreneurship center that has been active for under five years. Centers self-nominate during a thorough application process and go through a selection committee of past winners. The Nelson Center was chosen for the award based on outstanding performance of selection criteria, including “campus and community engagement, [a] program portfolio, and metrics to date.”

Clark accepted the award on behalf of the Nelson Center in Stockholm on the last day of the conference. “The scale and scope of entrepreneurship education being taught around the world was much larger and more significant than I anticipated,” commented Clark. “To be a part of that group and to be specifically recognized for all of our hard work during the Nelson Center’s first three years was particularly gratifying. I wouldn’t have thought it possible, but I came back even more convinced that we have something special here at Brown, and I’m more energized than ever to take our efforts to the next level.”