Roundtable Recap: Tom First ’89 and Tom Scott ’89, Co-Founders of Nantucket Nectars, Discuss how their Partnership and Passion Enabled their Disruption of the Food and Beverage Industry 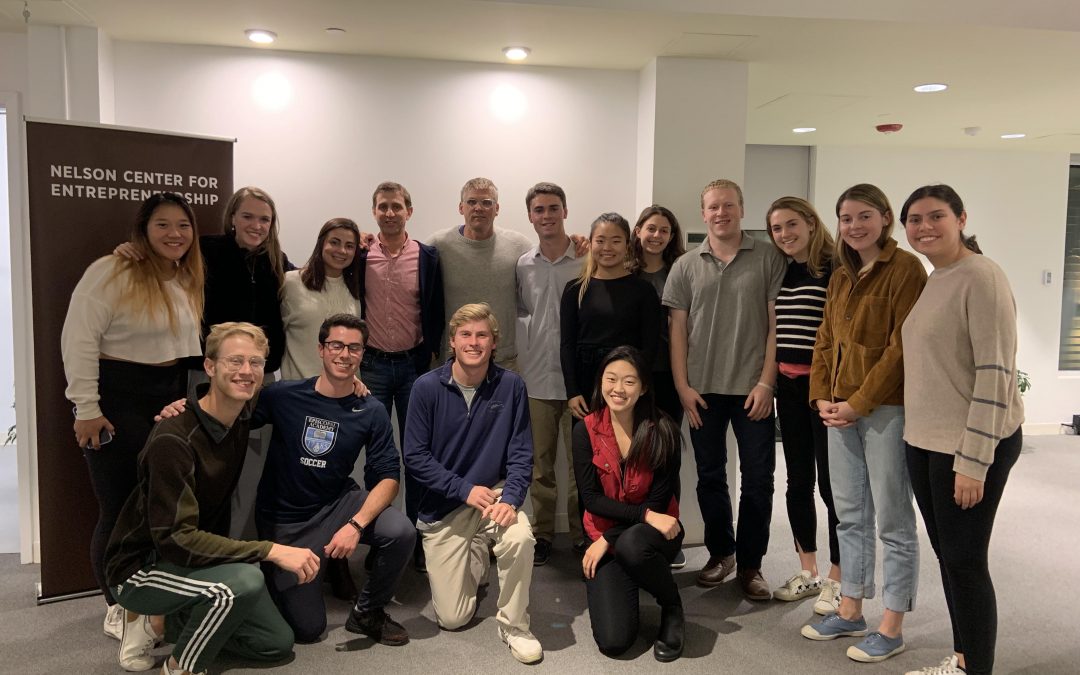 On November 7, 2019, The Nelson Center for Entrepreneurship and Brown EP proudly hosted Tom First ‘89 and Tom Scott ‘89 for a roundtable discussion as part of the Roundtable Discussion Series moderated by Chuck Isgar ’21. First and Scott shared lessons learned from founding and developing Nantucket Nectars, ranging from managing partnerships to navigating challenging times.

A mindset to making the most of partnerships

First and Scott went through their fair share of challenges in building Nantucket Nectars, a premium juice beverage company. Along these lines, Scott stressed the importance of learning through moments of pain. He emphasized that your career is going to have great and bad times, and it is in the bad times that you have the opportunity to learn a lot.

First and Scott are a one-of-a-kind partnership. They acknowledged that there is luck to partnerships. Scott shared that he has only one person in his life who can finish his sentences: Tom First. While both Scott and First deeply appreciate their partnership, they do not recommend trying to find the perfect co-founder.

They shared that there is a 100% chance of disagreement with your partner and 100% chance of crucial, anxiety-ridden situations. Tensions will run high, and it will be important to determine how you resolve conflict. First shared that whenever he disagreed with Scott, he wanted to know about why they were disagreeing.

The importance of letting your product work harder than you

First and Scott revealed details about a pivotal moment in the process of trying to grow Nantucket Nectars. In 1995, they were getting outsold by AriZona Iced Tea like crazy. As explained by First and Scott, the two of them were working much harder than Nantucket Nectar’s packaging and bottling were working for the brand. First and Scott knew they needed to flip this. Over the course of the next six to eight months, they were really focused on getting things right.

After deciding to revise their packaging strategy, they received quotes from approximately eleven packaging firms. They ended up taking a crazy high quote from one of the firms, but didn’t regret the decision.

Following the sale of Nantucket Nectars, First founded and developed a number of startups, including Owater and Eleven Technologies, which was purchased by Trimble (NASDAQ: TRMB) in 2005. First is currently an Operating Partner at Castanea Partners and the Founding Partner at TF Ventures, a venture firm concentrated on food and beverage.

Several venture capital-minded students at the discussion were curious to hear First’s perspective on the food and beverage investing landscape. He explained that it is not too difficult to receive money these days to start a company in the food and beverage business, which has resulted in crowded shelves. First shared that nowadays younger people are making purchasing decisions with the intent of remaking stores so that they feature products with simple ingredients.

First explained his main criteria when evaluating emerging companies: 1. Are you creating a product in a large category? 2. Are you human beings that First wants to bet on? He made it clear that he values competitive founders with immense passion for what they are building.

Since selling Nantucket Nectars, Scott has focused his time on developing films and exploring the neighborhood. He is the founder and visionary of Neighborhood, which was developed from the nine-year-long Nantucket Project. His award-winning films have previously been shown at Cannes and Sundance.

Keys to success: setting benchmarks extremely high and creating products that appeal to many people

Scott and First discussed what it takes to be successful. They shared that winning requires 97 (on a theoretical 0 to 100 scale). 94 gets you nothing, thus increasing the importance of getting to 97. In terms of how to get to 97, they recommended reminding people what a 97 is: to Scott and First, a 97 means that you have created a differentiated business with impressive growth.