Roundtable Recap: Charlie Kroll ‘01, Founder of Andera and Co-Founder/COO/President of Ellevest, Discusses the Importance of Specific Customer Focus and Timing in Creating and Scaling Fintech Companies 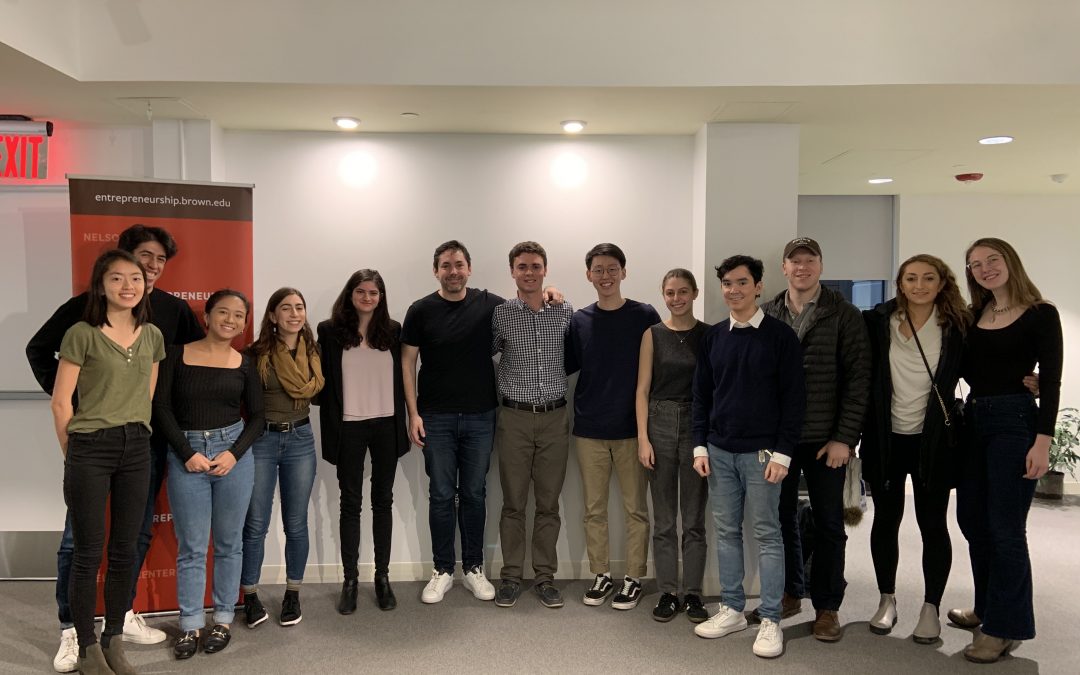 On February 7, 2020, The Nelson Center for Entrepreneurship and Brown EP hosted Charlie Kroll ‘01 for a roundtable discussion as part of the Roundtable Discussion Series moderated by Chuck Isgar ’21. Kroll shared stories and lessons learned from the process of founding and building Andera and Ellevest, companies focused on financial technology.

Beginning Andera as a student at Brown

Kroll attended Brown in the late 90’s, around the time of the dot com bubble. He was on his way to Wall Street, but a unique situation set him onto another track. As a student, Kroll had been running his own web design business. He entered a business plan competition, and while he didn’t win, his mentor, Steve Siegel, ScM ‘83, PhD ‘85 offered to be an investor. Kroll said “let’s do it.”

The web design business pivoted into Andera which provided an instant solution for banks to allow customers to fill out forms when opening checking accounts. Technology like this was very new to banks at the time. Kroll described the interesting process of selling this new concept: “nobody bought it, but everyone wanted to talk about it.”

Capturing a timely opportunity in the financial services industry

Kroll admitted that much of the success of Andera stemmed from the unique timing at which the business was expanding. Leading up to 2008, there was lots of excess in the financial system, and since banks needed deposits to fund loans, Andera was uniquely positioned to help the banks quickly open accounts for customers.

Andera survived the financial crisis fairly well and the growth continued. After expanding to over 100 employees, 3 offices, and 600 financial institution customers, Andera was acquired by Bottomline Technologies (NASDAQ: EPAY) in April 2014 for $48 million.

The inspiration for Ellevest

Kroll took some time off after the acquisition of Andera, but he knew he wanted to start something new in fintech. He shared with our group of students that as he was trying to determine what his next venture would be, he was asking himself: “what is the next 10 year shift and what role can I play in it?”

He saw financial advising as having been the same for many years, and he wanted to be around people innovating in investing. Charlie came to know Sallie Krawcheck, previously CEO of Smith Barney, CFO of Citigroup, global head of wealth management for Citigroup, President of Merrill Lynch, and considered one of the most successful women in Wall Street history.

Both having extensive experience in the financial industry, they started Ellevest with a question: why is it that men and women have different behaviors in investing? Most notably, they knew that women don’t invest as much as men, and they saw an opportunity to help women.

The emphasis on thorough testing when building Ellevest

Before beginning to actually build Ellevest, Kroll and Krawcheck had lots of hypotheses to test. After six months of diving deep into research and customer testing, they began to narrow in on who exactly their target users would be. Their initial target was mid-career professional women aged 28 to 35. To this day, they continue to focus on a target persona, which they call Elle.

There were tens of thousands of women interested in Ellevest before the launch. According to Kroll, they spent nine months just going through the waitlist, a time during which they would test out features with different segments of users.

Ellevest officially launched in November of 2016. The company initially was pulled up market, but they are now going down market and figuring out how to best serve a wider audience.

In terms of the competitive landscape, Kroll shared that Ellevest competes with many other platforms, but also none at the same time since no one else is focused exclusively on women. When asked whether Ellevest would ever expand into the male audience, Kroll was clear to say that their focus is women.

There is strong reason to think that the focus is working. Ellevest has has been named on CNBC’s Top 50 “Disruptor” List, #14 on LinkedIn’s 50 “Hottest Startups To Work For” (and #2 in New York), and one of Entrepreneur Magazine’s Top 100 Brilliant Ideas.

Going forward, Ellevest is aiming to be more involved in banking. Their vision is that you start banking with Ellevest, and then realize that you can invest sooner than you thought.

The importance of diversity at Ellevest

Diversity is very important at Ellevest. The company places an emphasis on diversity of thought and point of view. The team is diverse, but they are all bound around Ellevest’s core mission of helping women invest. Kroll shared that having a team motivated by the company’s mission is such an important asset to the company.

Kroll’s advice for students on their journey in entrepreneurship

Students at our discussion were curious to hear Kroll’s advice about what to look for when thinking about interning or working at a startup. He provided two core questions to consider as you think about joining a startup: Are you inspired by the people at the company? Importantly, do you respect the people with whom you would be working? In addition, he recommended seeing if you have an interest in the subject matter or industry of the startup.