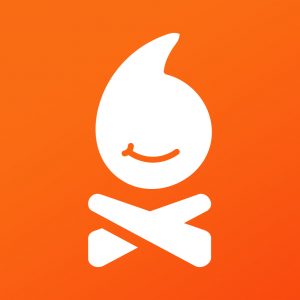 Emit provides a central hub for people to find others in the same interest or environment to join them in last-minute activities. This allows users to hang out with friends and meet new people when they want to rather than waiting to see when others are doing something first.

Tell us more about your venture.

Emit focuses on people who are not-yet-friends but have a reason or desire to meet due to a shared interest or affinity — such as being new at the same school, starting a new job, or being part of the same club. By focusing on bringing together the “not-yet-friends,” we open up a non-committal, non-awkward, passive channel for people to find things to do and people to meet outside of their close friend circles.

What inspired you to start Emit?

Emit has come a long way since it started; each founder has had a different experience that drew them to Emit, and the inception of the venture itself is actually quite serendipitous. Early on, Anderson had been working on a similar product called Biteup, which was made for arranging primarily last-minute meals due to the constant difficulty he faced as a freshman to find new people to get lunch with. At the same time, Brandon and Nate, roommates, had been brainstorming together on a broad solution for spontaneous hangouts because that’s what they felt was missing most due to the pandemic and they realized the best way to meet new people was through activities. Brandon and Nate reached out to Anderson after hearing about his work at a Nelson Center event, and in winter break decided to join forces.

Why is this problem important?

There is an implicit “friendship window” period in the beginning of school years and jobs where everyone is trying to find their friend groups. And a common fear we’ve encountered among people in our target demographic is the fear of not finding their “group.” Groups begin to seem closed off to new members, and people might not be interested in the same activities as their current groups. We interviewed over 70 students, new graduates, and interns, and we realized that current social media fails to solve this problem because they focus on people who are already friends, and solutions for not-yet-friends such as large GroupMe groups, Discord servers, or Slack channels are noisy and socially awkward. Emit, however, provides a way to just communicate plans and see what those around you are doing, standing above the noise of messages that are unrelated or most people don’t care about. The best way to make new friends is to do activities together, and Emit’s mission is to make that process as easy as possible.

Who is your target market?

We are primarily targeting people in the college student and new graduate age group, which in the US alone makes up more than 66 million people.

How is B-Lab helping your venture develop?

B-Lab has been indispensable in teaching us how to make our venture and products more compelling. Our understanding of the problem space, and our interpretation of our value proposition has continually evolved, from being an “app that is just a better group chat” to an “app that brings together the ‘not-yet-friends.’”

What is something surprising that has happened thus far?

How much we’ve learned about the space! Emit is definitely not the same thing it was when we started, and we’ve ended up doing things (like focusing on not-yet-friends) that we previously said we’d never do. Features we thought were minor are becoming cornerstones. It’s curious, after working on it for almost a year, our thoughts on the venture have really evolved more than we expected.

What’s the best social gathering you’ve attended and why?

The best social gathering we attended was the first in-person get-together we had as a team on campus. We had been working together for a while virtually due to Covid, and when we finally met each other for the first time in person, it made us think about how perfect our app was for this situation, because it had been a spontaneous decision to go to the creperie an grab crepes together.

We are currently on the iOS and Google Play stores, please check us out at www.getemit.com, and subscribe to us on Product Hunt https://www.producthunt.com/upcoming/emit, and let us know what you think!

Brandon Li is a rising 5th year master’s student studying computer science at Brown. He has experience managing a studio team of game developers, as well as iterating on interfaces based on the UI/UX design process.

Nate Goodman recently graduated with an ScB in Computer Science from Brown. He has experience with startups, full stack development, and distributed systems.

Anderson Addo is a rising Junior concentrating in Computer Science at Brown who completed a certificate in Entrepreneurship. He is an experienced mobile game developer, with almost 1M downloads to his name.