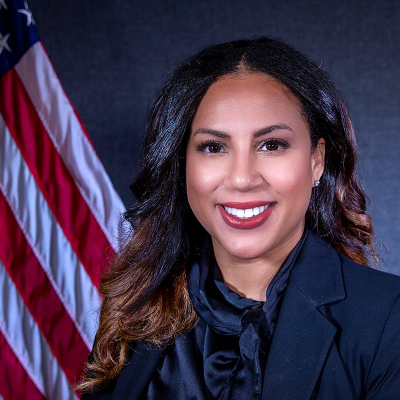 Ms. Natalie Madeira Cofield has been appointed to serve as the Assistant Administrator for the Office of Women’s Business Ownership, effective Monday, March 1, 2021. In this role, Ms. Cofield serves as a senior executive providing executive oversight, management, leadership, and championship of female entrepreneurship.  As an assistant administrator, Cofield will oversee the largest expansion of the Women’s Business Center (WBC) network in the history of the Small Business Administration across its nearly 140 center footprint and more than $70 million in federal grant-making to support the growth of women-led firms.

Cofield is a seasoned entrepreneur and executive with over 15 years of experience in securing diverse capital, building strategic partnerships, and leading state and local economic development programs to successfully incubate and scale small business development and expansion initiatives in communities throughout the United States. Cofield brings extensive experience leading business and trade associations and working with corporations, and philanthropic organizations to develop programs to support entrepreneurship within women-led, diverse and urban communities and is responsible for securing over $22 million in capital to invest in entrepreneurial ventures and small business programs and initiatives.   Most recently she served as Founder & CEO of Walker’s Legacy and the Walker’s Legacy Foundation providing entrepreneurship programming to support thousands of multicultural women entrepreneurs.  Prior to this role, Cofield held various leadership positions in cities across the nation including Los Angeles, New York and Austin, where she served as the CEO of the Greater Austin Black Chamber of Commerce.

She is a graduate of Howard University where she received her BBA in Information Systems as a Gates Millennium Scholar and the Baruch School of Public Affairs where she was a National Urban Fellow. She is a member of Delta Sigma Theta Sorority, Inc.