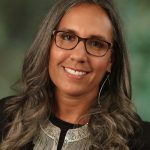 We are kicking off our first black history month founder feature with Lisa Gelobter ’91 founder and CEO of tEQuitable, an independent, confidential platform to address issues of bias, harassment, and discrimination in the workplace. Back in April 2018, Brown University invited her to speak on behalf of the “Thinking Out Loud” speaker series, which showcases profoundly creative and accomplished scholars who not only tackle some of the biggest “Big Questions” there are, but also skillfully communicate their inner visions to broad audiences. Watch the video here. With 25 years in the industry and products that have been used by billions of people, Lisa has a deep and proven track record in software. She has worked on several pioneering Internet technologies, including Shockwave, Hulu, and the ascent of online video. Lisa’s experience ranges from small, entrepreneurial startups to large, established organizations. Most recently, she worked at the White House, in the U.S. Digital Service, serving as the Chief Digital Service Officer for the Department of Education. Previously, Lisa acted as the Chief Digital Officer for BET Networks and was a member of the senior management team for the launch of Hulu. She has an expansive background in strategy development, business operations, user-centered design, product management, and engineering.

Fun Fact: Lisa is also the computer scientist who developed the animation used to create GIFs, forever changing the way we text and tweet. She’s also responsible for Shockwave and was even a member of the senior management team for the launch of Hulu. 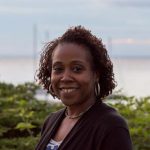 Ayanna Howard is a roboticist and professor at Georgia Tech where she is the director of the Human-Automation Systems lab. Her research specialties include human-robot interaction, assistive robots in the home, therapy gaming apps, and remote robotic exploration of extreme environments. It’s no surprise that she was recognized as one of “The Most Powerful Women Engineers” by Business Insider. Among all of this, she founded Zyrobotics, an award-winning educational technology company that makes STEM learning accessible to all children.

Ayanna was a part of the Artificial Intelligence podcast this past January which you can watch here. 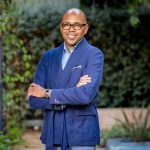 Brickson Diamond is the CEO of Big Answers, LLC, which consults on diversity and inclusion strategy for clients in entertainment, technology and asset management, generating new partnerships and leveraging impactful connections. He previously served for five years as COO of The Executive Leadership Council, the preeminent member organization of Black executives in the Fortune 1000. Brickson is also a co-founder and chair of The Blackhouse Foundation, which provides pathways for Black multi-platform content creators into career opportunities within film, television, digital and emerging platforms. In addition to everything else, Brickson is a Brown University trustee who has worked on several aspects of the DIAP (Diversity and Inclusion Action Plan) for the University. 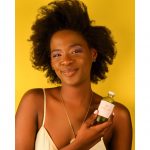 Kerlyne Jean Baptiste is founder of KerlyGirl and is passionate about health and wellness. She, like many other black women with coily hair, grew up believing her hair was incapable of growth, and unmanageable. After years of chemical processing, and unhealthy hair products, Kerlyne became dissatisfied with the state of her hair health and started to create her own homemade regimen in 2015. In 2017, Kerlyne began to share her haircare tips and products and launched KerlyGirl as an effort to bring affordable natural products to people everywhere. KerlyGirl aims to cultivate the beauty of textured & coily hair with plant-based products.On February 6 Venture Cafe Providence held its first-ever Pitch Night and KerlyGirl had the pleasure of pitching and taking home first prize! Congrats to Kerlyne and the team!