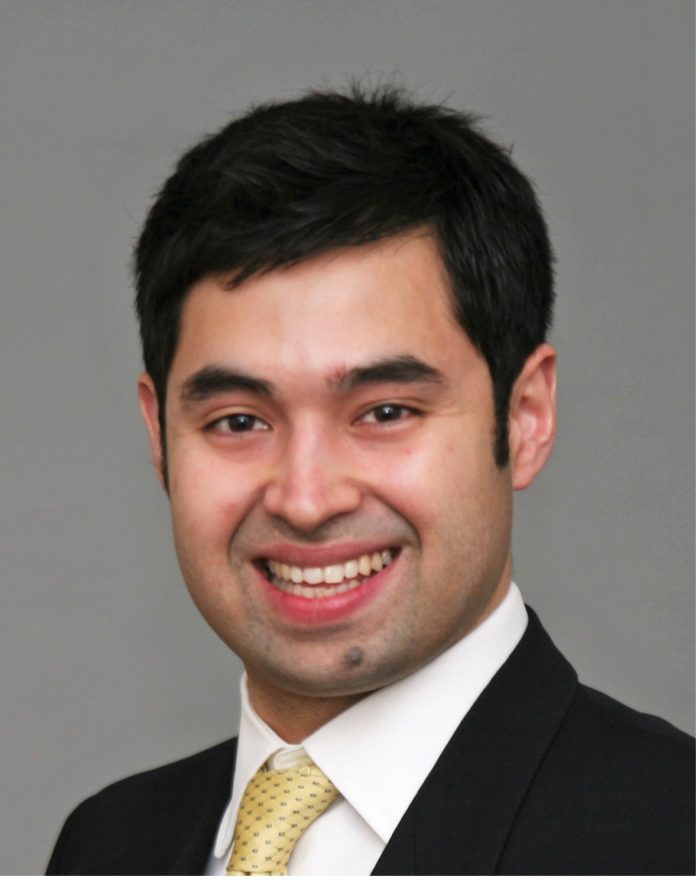 We are thrilled to welcome Hamzah Ansari (Brown/ PRIME ’09) to the B-Lab team this summer! He has been supporting B-Lab ventures as an informal mentor from the beginning of B-Lab, back in 2015 and we are happy to officially welcome him to the B-Lab staff for this summer. He will be one of our lead in house mentors, along side Jason Harry, B-Lab director and Jonas Clark, Associate Directer at the NCE.

In addition to being the 2020 B-Lab Entrepreneur-in-Residence, Hamzah is an Entrepreneur-in-Residence at Brown’s School of Engineering, and a Lecturer in Innovation Management and Entrepreneurship. As EIR, Hamzah coaches student, faculty, and alumni ventures on business development, product development, lean methodologies, fundraising, and capitalization. He teaches a class in technology commercialization and entrepreneurship in the PRIME Masters Program. Outside of Brown, Hamzah serves as a Senior Advisor with Rhode Island-based innovation group “The Innovation Scout”, as well as a Partner in real estate private equity firm Denwood Capital.

Want to get in touch? Email Hamzah at hamzah_ansari@brown.edu. 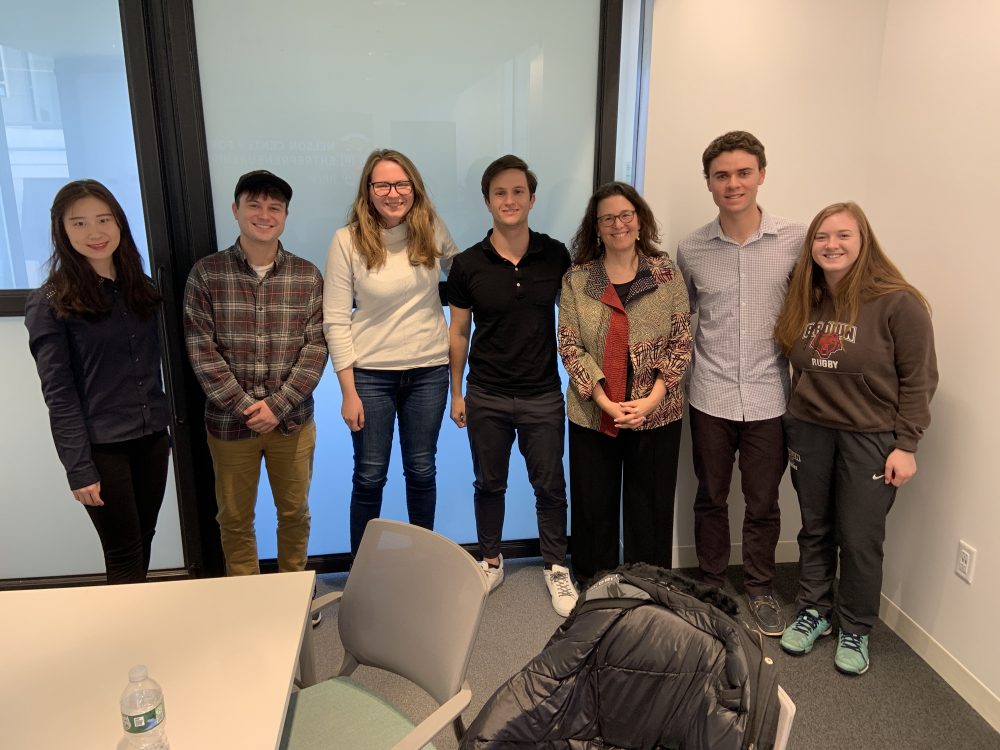 On February 24, 2020, The Nelson Center for Entrepreneurship and Brown EP hosted Terri Cohen Alpert ‘85 for a roundtable discussion as part of the Roundtable Discussion Series moderated by Chuck Isgar ’21. Alpert shared lessons learned through the process building Professional Cutlery Direct and Uno Alla Volta, in particular the importance of creating a brand that connects emotionally with customers.

From Morgan Stanley to Starting a Business on $8,000

Going back to her time at Brown, Alpert has been willing to go off the beaten path. At Brown, she was one of few female concentrators in Physics.

Alpert began her career after Brown at Morgan Stanley. While she helped Morgan Stanley in building out software, she missed not having the opportunity to help make decisions that would drive the business. She decided to use the safe cover of maternity leave to begin a company.

She asked herself: “What niche could I offer better selection and inventory than anyone else?”

At the time, her husband was looking for his first great chef’s knife, prompting her to look into the kitchenware space. The efficiency of ordering and shipping kitchenware tools was not efficient at the time, presenting an opportunity to Alpert. She had a vision: if someone could place an order by phone by noon, they could get it shipped that day.

Putting $8000 into the business, Professional Cutlery Direct was born. The company began to grow significantly.

From Initial Success to Significant Challenges

Professional Cutlery Direct doubled year over year and Alpert felt that it was too easy. She thought that if she could do it, so could other people. Along these lines, Alpert cautioned entrepreneurs that financial statements are the rear-view mirror; they don’t represent what’s ahead. She realized that it was costing her more and more to acquire customers worth less and less, prompting her to do significant thinking about the company’s CAC (customer acquisition cost) and LTV (lifetime value).

Alpert admitted that the business came to the point that they were proving markets for the competition, including giants such as Williams Sonoma. “We were their R&D department, at no cost to them, and handed them the results on a silver platter.” After realizing that she was essentially building other people’s brands for them, she knew that they needed to develop proprietary brands. Some people began to see the company as the “Consumer Reports” of kitchen tools.

Building Uno Alla Volta with a Focus on Differentiation and Branding

Alpert realized that a proprietary product would be instrumental to allow Uno Alla Volta to differentiate itself and gain pricing power. As customers became more expensive to acquire, she realized that they would need to maximize the lifetime value of their customers.

A Big Lesson for Alpert in Management

As Uno Alla Volta was working towards these goals, Alpert made one of the biggest mistakes in her entrepreneurial career: bringing in a professional management team. While she was optimistic that doing so would change the issues at the top of the company, she realized that was not the case.

She did this at the same time as her company was hit with a 35% increase in its biggest cost, catalog postage (due to an act of Congress) and the great recession. This team was not only expensive, but they built silos in a company of just 65 people and created brand destruction.  Fundamentally, Alpert recognized however, that this was less the fault of the team than the CEO who hired and empowered them. Alpert,  while transitioning from the role of entrepreneur to CEO was focused on what not to do, micromanage, as opposed to what she must do: lead a team with a common vision.

One by one, she got rid of the executives, worked to change the culture, and to get the brand right. It was a six to seven year process, during which the company’s revenues shrunk from $14 million to $8 million, the customer base shrunk, and the company built up over $4 million in debt. During this time, there were several things she had to figure out: how to dramatically increase gross margins, developing more proprietary products, and creating a greater story around the product.

With many questions to solve, Uno Alla Volta figured things out in a big way. The company introduced one thousand SKUs per year, but still needed to flesh out the artisan stories behind the product. In an effort to create an emotional connection with the customer, they started to create personalized certificates corresponding to the items a customer purchases. They also worked hard to increase the company’s brand, in particular its name recognition.

Alpert shared that “retention is most important of all.” In a matter of a few years, they brought the 12 month retention of a newly acquired customer from 23% to over 50% retention. The first year value of a new customer rose from $20 to $56, thus allowing the company to spend significantly more money to acquire new customers. Alpert taught every member of her team how to interpret the company’s key metrics and financial results and the team celebrated each small win and learned how the math would compound. The team delivered on their brand promise to every customer every day, growing Uno Alla Volta to a $20 million top line with a 10% EBITDA margin.

Alpert encouraged entrepreneurs to look at customers, not channels. While customers who engage on multiple channels are often the most valuable, Alpert focused on asking herself: “how do we make each group of customers the most valuable?” She stressed that at the end of the day, relationships with customers need to be human.

Focus on learning how to interact in organizational environments

Alpert has done a lot in her career: she was one of few females in her time to study Physics, she went from Morgan Stanley to launching her own business as a project on maternity leave. She realized that hiring a management team won’t solve problems. And, of course, she also built a company with over a $20 million top line and a healthy bottom line. With all these experiences, the students in the room were curious about her recommendations for their continued journey at Brown and beyond.

She said that if she could go back, she would have studied leadership and organizational behavior much earlier. Over time, she learned that a leader’s job is to help people get emotionally attached to the goal.

While the corporate environment at Morgan Stanley wasn’t right for Alpert, she learned about how to get things done, and she also learned how to engage in a large organization. Along these lines, Alpert emphasized the significance of understanding how big companies operate. She suggested the importance of routinely looking for ways to move laterally to get more breadth with the goal of creating new mental pictures.

Treat every experience as valuable

Alpert left students with a few parting words which might help take the pressure off of those worrying about what’s next: she believes that all experience is relevant. Being out in the world helps you see where there is white space. With a reference back to her scientific background, she shared that everything is a hypothesis; she suggested treating what you’re thinking about as an experiment.

Despite the challenges she had to overcome, Alpert shared that she wouldn’t change the way she did things. Within that sentiment might lie the greatest lesson that Alpert shared with the group of students, albeit indirectly: everything you go on to do will be a part of your collection of experiences and learnings that will allow you to succeed in the future.